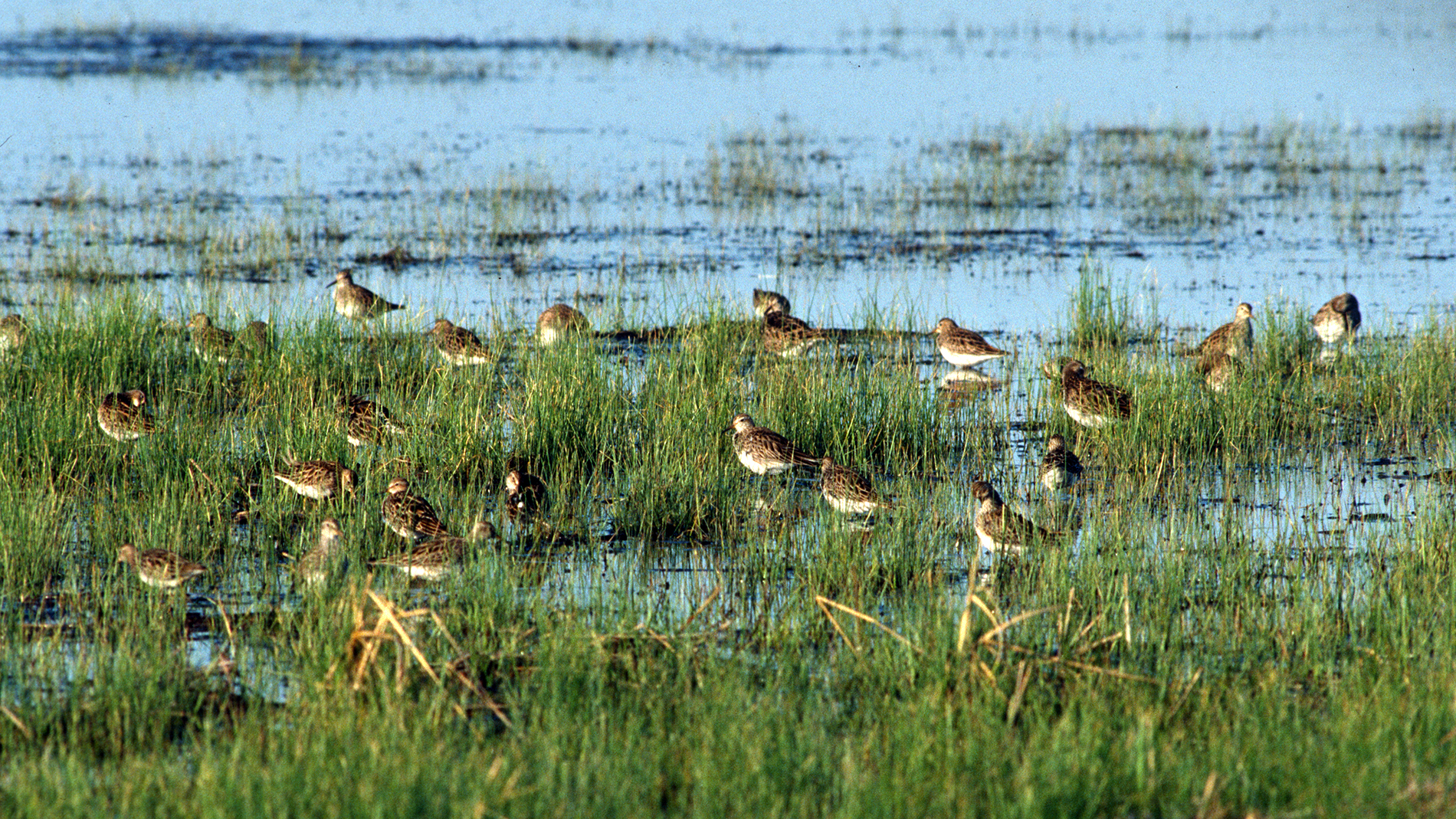 Over 30 species and an estimated 300,000 to more than 500,000 shorebirds stopover in Nebraska during spring and fall migration. Many of these species winter in South America and spend their summer on breeding grounds in the arctic tundra of Canada and Alaska. Nebraska’s wetlands provide crucial habitat for many shorebirds as they rest and refuel on their long journey.

Peak time for observing shorebirds is early to mid-May as they spread across a variety of wetlands in Nebraska such as the wet meadows of the Platte Valley and shallow wetlands in the Sandhills. In the Mixed-grass and Tallgrass Prairie Ecoregion, the wetlands and flooded fields of the Rainwater Basin are especially great places to observe many shorebirds during spring migration as they forage on invertebrates. The tallgrass prairie portion of this area is a crucial stopover site for more than 90% of the world’s total population of Buff-breasted Sandpipers. Before visiting the Rainwater Basin, check wetland and road conditions. During wet years, the roads can become muddy and impassable, and during droughts, the sites can have little water and few shorebirds.

The shorebird migration in Nebraska is a sight to see with the variety of shorebirds and their different foraging methods. From the American Avocet that moves it’s long upturned bill back and forth across the water surface capturing aquatic insects, to the Wilson’s Phalaropes spinning in circles in the water to stir up tiny invertebrates to the surface, to the dowitchers using their long bills to probe below the mud for food. There is such a great diversity of plumages and behaviors to enjoy while observing shorebirds fueling up along their spring and fall migrations.

Visit these sites for peak opportunities to observe shorebird migrations.