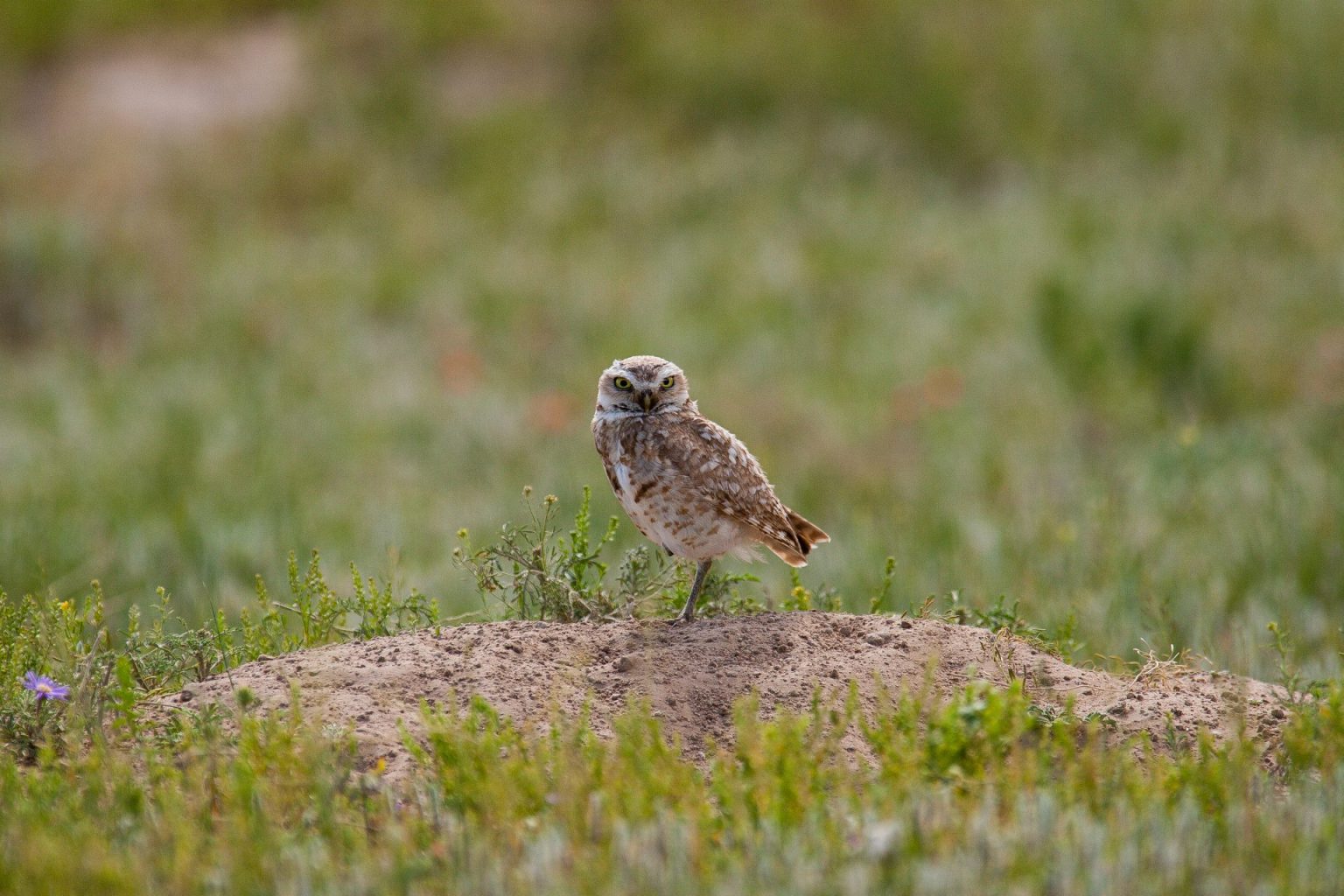 This long-legged little owl frequents prairie dog towns and heavily grazed grasslands from April to October in Nebraska. Burrowing Owls are essentially absent from the farmed and developed eastern third of the state. They are most numerous in the Panhandle where prairie dog towns are still widely distributed. They are a very social species and families will live in close proximity. They are the only species of owl in the world that nests underground, occupying burrows that have been dug out by prairie dogs or other animals. The owls often line their burrow entrance with livestock manure, which attracts beetles and other insects that the owls then feed upon.

A spotting scope can be useful for finding these camouflaged, small owls in the wide-open areas where they live. Patiently scan prairie dog towns with a focus on dirt mounds around burrow entrances. The owls often stand near these areas when they’re not hunting, sometimes with just their head and eyes showing. The best time to view Burrowing Owls is in early mornings and late evenings, when they are typically more active.