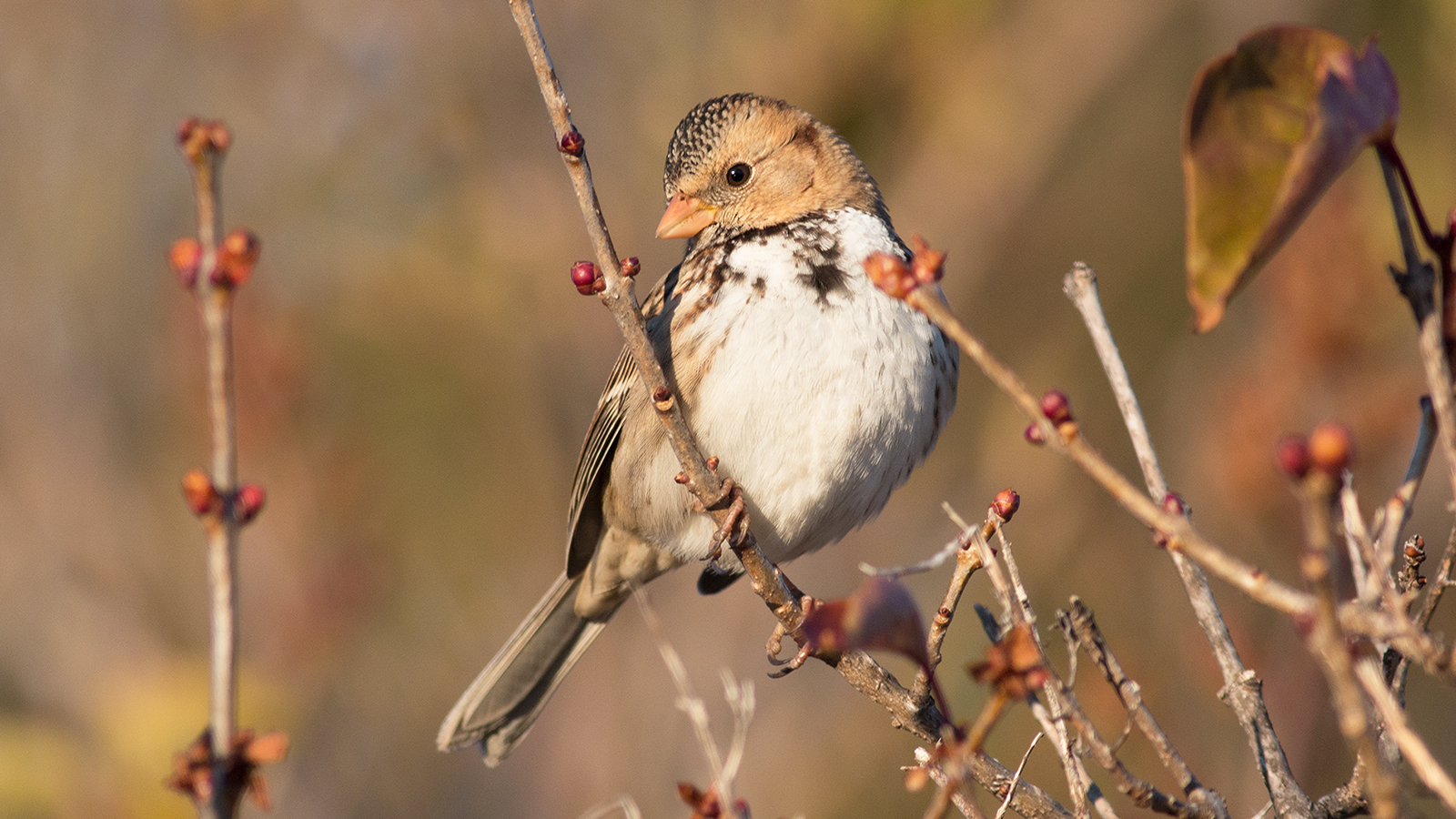 The Harris’s Sparrow is one of North America’s largest sparrows. The adults stand out with their black bibs and pink bills. They are a common winter resident in the southern and eastern third of the state. Migrants typically arrive in Nebraska beginning in late September and head northward to their breeding grounds in Canada in mid-March. Harris’s Sparrows are most numerous in the Tallgrass Prairie Ecoregion and in the southeastern portion of the Mixed-grass Prairie Ecoregion where they forage in shrubby areas bordering fields.

Harris’s Sparrows often forage with other sparrows on the ground. Their large size makes them stand out among other sparrows. Look for these sparrows along trails that have a shrubby border next to fields.

Photo of the Harris’s Sparrow by Stephen Brenner.